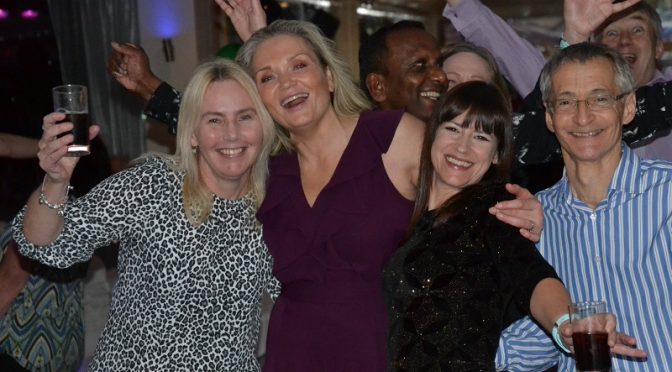 For 364 days of the year, we dress in ridiculously bright colours, keep our hair covered or tied back, cake ourselves in mud, sweat profusely and get snapped as we approach the finish line looking like death.

But each January, the Awards Night rolls around. We dress up in our finest outfits, showcase our latest hairdos and apply our finest fragrances.

Boy did we smash it.

Andy Knight did a fantastic job presenting the ceremony. Andy Lee, Nick Webb and Susan Mann were handing out the awards and our very own DJ Jules kept the part going into the early hours. Lee Wright was on hand with his trusted camera. Not to snap us looking windswept and in pain, but looking gorgeous and strutting our moves on the dance floor.

71 runners competed in the 8 Club Championship races needed to scoop up a trophy. In the Male First Past the Post (FPTP) category the top prize was shared between Darren Barzee and Colin White, with Graeme Grass in 3rd position. Debbie Humbles took 1st prize in the Female FPTP competition with Jane Coles in 2nd and Claire Thomas in 3rd. 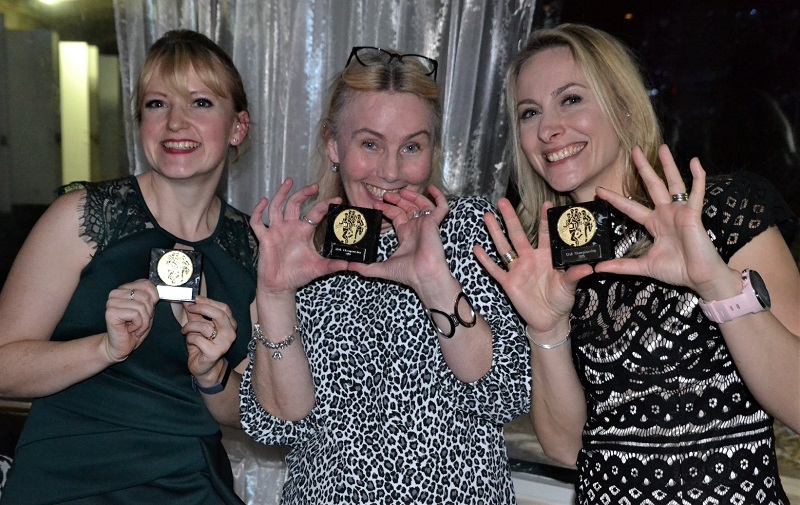 The Target Time Championship was won by some fella called Simon Linklater. I’m trying my best not to mention him. Susan Rae was in 2nd place, with Darren Barzee 3rd.

Christine Sanderson won the Best Age Grade Trophy with an amazing score of 87.67%. 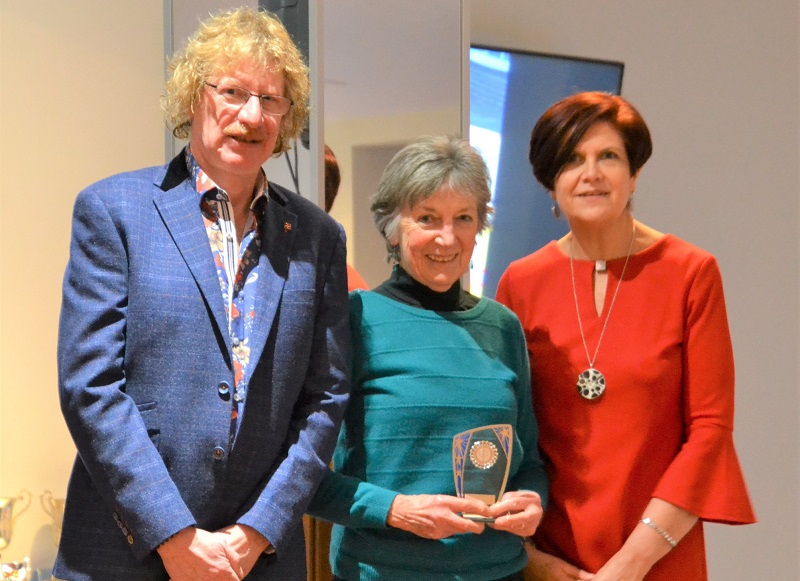 The coaches voted for 8 senior Merit Awards and Andy Knight did a short explanation of what these runners had achieved over the course of the last 12 months. They were deservedly won by Manami Cheves, Jane Coles, Matt Edmonds, Paul Burchett, Nina Lambrou, Marie Crawford, Berenice Consavela and Elly Swaine.

The Achiever Awards which are given to the male and female who received the most votes were won by Susan Rae and Simon Linklater.

The Grijsloke Trophy was awarded to long-serving member Paul Cabban. Yockie Richardson landed the Cross Country Award, whilst the Bill Bailey Trophy, arguably the biggest of the lot, as Kim pointed out (in size only I should add), was won by Mr Callow himself.

For a second year running the members voted for Terry Kitson as the Coach of the Year. A worthy winner I’m sure we will all agree. The Wilf Gaye Memorial Trophy which is again voted for by the members for the runner they feel has battled bravely and overcome hurdles during the past 12 months was won by Louise Coates.

We won’t mention who won the Endeavour Trophy, an award originally introduced by club legend Peter Cocker, who was in attendance. Former Chairman Tim Jury received a standing ovation as he received the Founders Trophy for his services and commitment to the club.

To be honest we should be congratulating everyone who is part of Hastings Runners for making it such a friendly club to be part of. Now it’s time to put the outfits back in the wardrobe for another year, get the running slacks out and start running again.

Where: The Two Sawyer’s in Pett

Boxing Day meet up, for a walk or a run, so a true family event. Why not come along to The Two Sawyer’s in Pett, parking next door in the Village Hall car park. Slightly earlier than normal start time, 10.30 for roughly hours walk or run, then if you so wish enjoy a drink in the pub.

If there is sufficient interest, the Pub will supply soup, price is normally around £3.50, I will put a further post out to confirm numbers a week beforehand.

Thanks to Tim Jury for speaking to pub, and seeking permission to use car park. 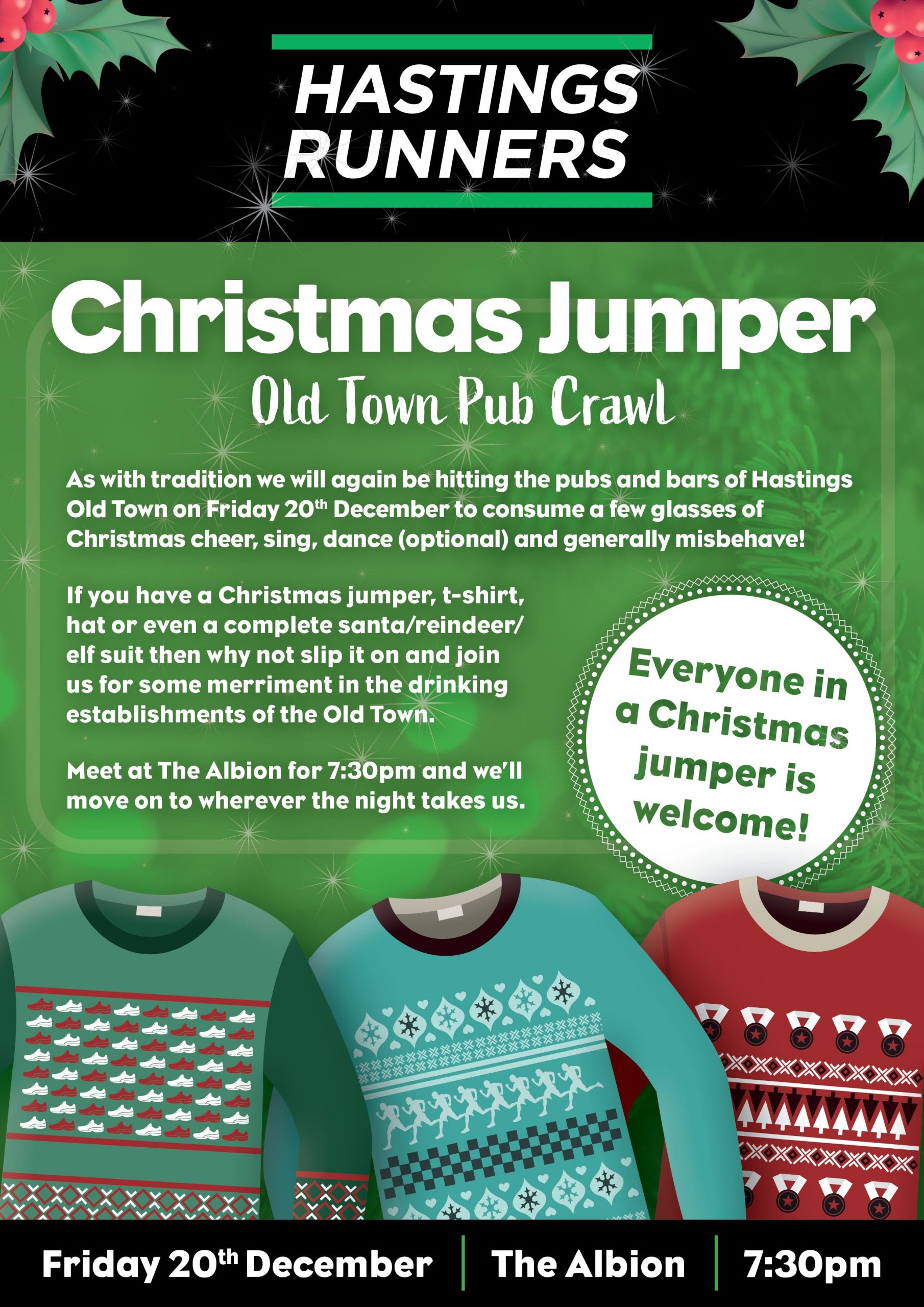 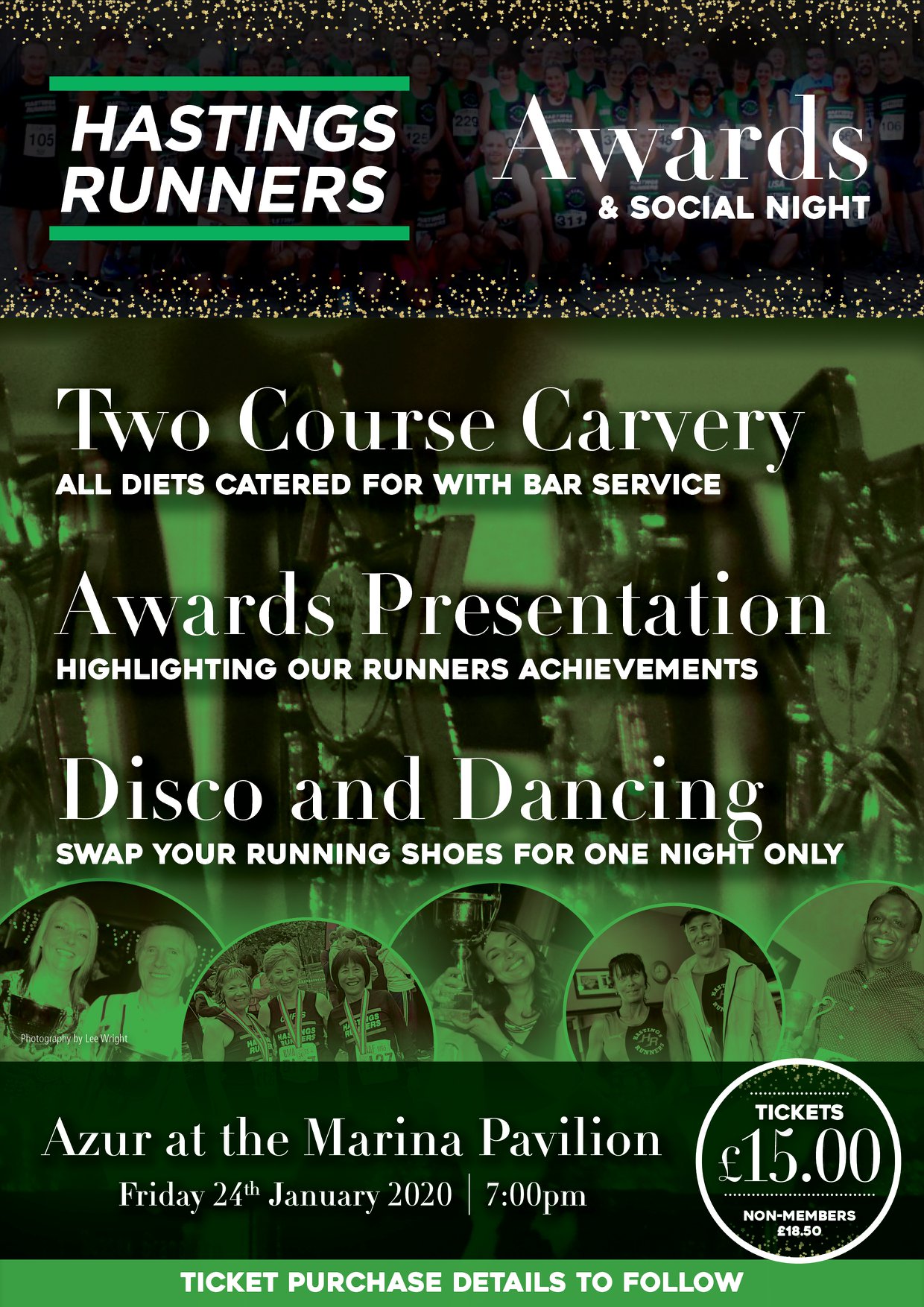 6 PER GROUP – PRE BOOKING REQUIRED VIA FACEBOOK OR EMAIL.