With the Government recently relaxing some of the rules around lockdown, the Committee want to update you on the current status of group training  and whether the Club is in a position to re-introduce any officially organised club runs or training sessions.

As of 1st June, you can exercise or play sport in groups of up to six people from other households, but should only do so where it is possible to maintain a two-metre gap from those you do not live with. However this is not a sufficient easing of restrictions to allow us to reinstate any official training sessions, and current guidance from UK Athletics is that any club-sanctioned group activity should not take place.

A group larger than 6 people broken into a number of smaller groups of 6 people, training together in the same place at the same time, would, for example, be against the new rules as the gathering exceeds 6 people.

However there is no reason why individuals shouldn’t make  their own arrangements to meet in groups of 6 to train together provided that they maintain the current two-metre distancing rule. We would just respectfully request that you don’t wear club vests or mention Hastings Runners when arranging training, to minimise the chances of any adverse publicity for our club in the current situation.

We will continue to keep the situation under review, taking into account any new rules and guidance from Government and England Athletics, with a view to re-instating Club sessions of some kind as soon as it is permitted and safe to do so.

In the meantime, keep safe and well. 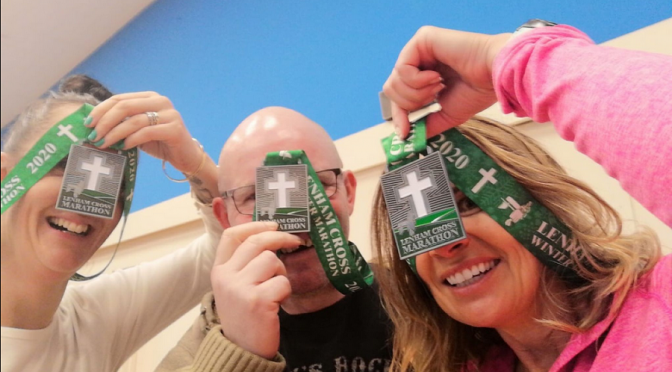 If there is one thing we love at Hastings Runners it’s a weekend storm!! This week it was the turn of Storm Ellen with gusts up to 50 mph in exposed parts of the region.

But once again our members put on a brave face, donned their green and black vests and did the club proud.

On Saturday morning Finlay made the long trip up to Nottingham (not on his own I should add) to run in the National Cross Country Championship at Wollaton Park. If you’ve not seen the videos on the HR Facebook group then I suggest checking them out. To suggest conditions were tough and the standard was high would be the biggest understatements of the year. 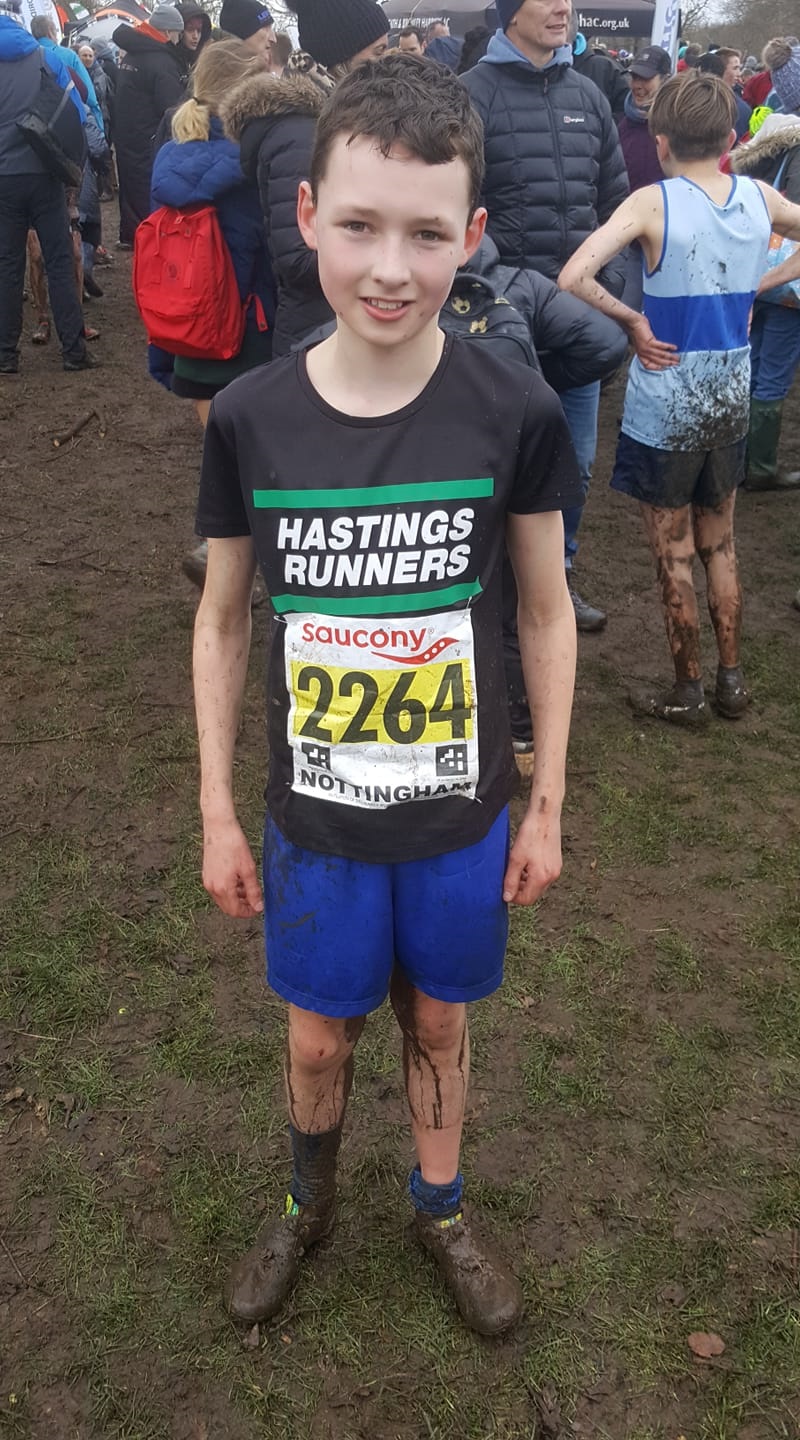 Despite competing against boys a year older, Finlay finished an excellent 11th place in a race with several hundred runners. He made up 10 places on the 2nd lap.

On Sunday, in equally challenging muddy conditions, we had 8 runners competing in the 8K Gunpowder Run in Battle. The results were as follows.

The wind played a big role in the Brighton Half Marathon, but remarkably 3 of our 6 runners came home with PB’s. Manami Cheves finished the race in 1:48:58. Susan Rae was close behind in 1:52:04, good enough for 3rd in her age category. I just about managed to keep my feet on the ground and get round in a PB of 1:57:25. 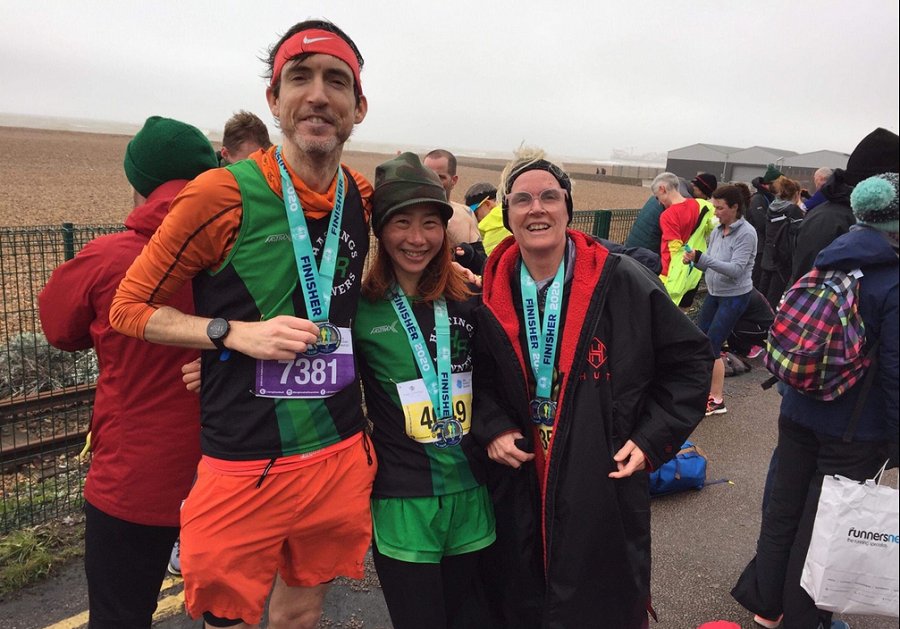 Dan Snellgrove ran in the Wokingham Half Marathon, producing a stunning PB of 1 hour and 25 minutes.

For some of our runners, 13.1 miles isn’t nearly enough as Jacqueline Mannering, Pete Heasman and Elly Swaine were back out conquering the world by completing the Lenham Cross Winter Marathon. Wind, mud, hills. They can’t get enough. Their efforts making them a worthy winner of the photo of the week.

Danny Firth ran an excellent time of 41:06 in the Lostock 6 miler. That was good enough for 76th place in a field of 453 runners.

There was more success in Spain for Helen & Nick Brown. Helen scooped first place in the FV50 category in the El Campelio 5k, whilst Nick stood proudly at the summit of the podium by finishing 1st in the MV60 category. Just ahead of his new nemesis Andy Key. 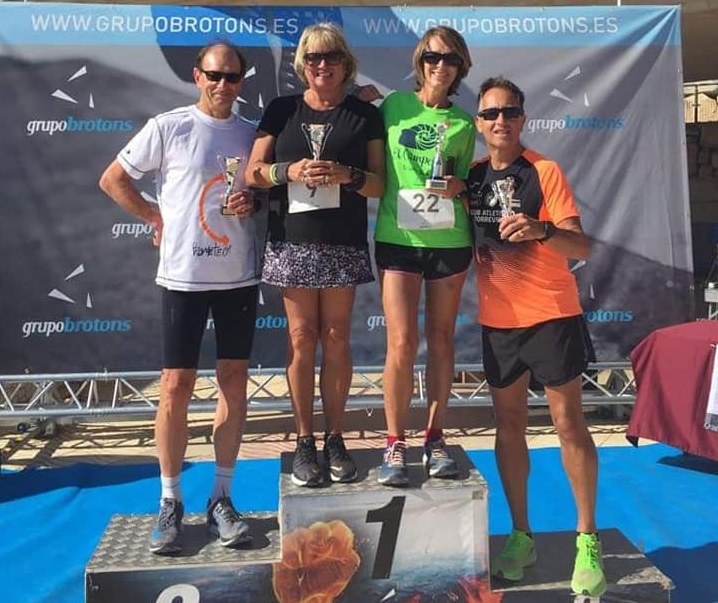 As always, if I’ve missed a race or not given you a mention, drop me an email at simon@runnur.co.uk and I’ll get you added.

Well done everyone. A fantastic effort this weekend in such challenge conditions (in the UK at least). 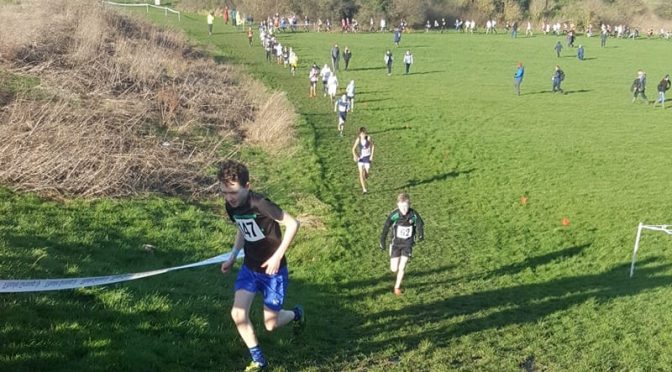 11-year-old Finlay Goodman continued his excellent progress by winning the Year 7 Kent Schools Championship. The 3km race was held at the Royal Military School in Dover.

Finlay’s win was made even more remarkable by a nasty accident on the start line where his foot was spiked. He went on to win the race and then attend the hospital afterwards to get the injured treated. 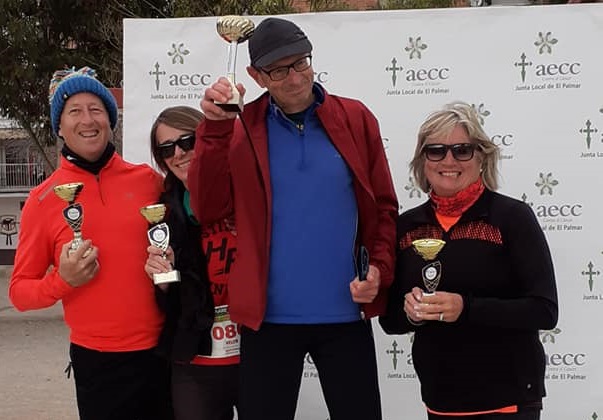 In warmer climates our Chairman Nick Brown won the MV60 category in the El Palmar 5km, completing the hilly course in an excellent time of 20:35. Helen Brown was 2nd in the FV50 category in 24:56.

Sarah Marzaioli completed her 96th Marathon at  the Doughnut Dash at Walton on Thames. Sarah has targeted London as her 100th Marathon and is currently raising money for the RNLI. If you can spare a few pounds towards this great cause and amazing achievement that would be very kind.

On Sunday 5 members completed their England Athletics Run Leadership courses. Darren Barzee, Nadia Winborn, Neil Jeffries, Anthony Gardner and Simon Linklater will all be on the coaching rota in the following months. 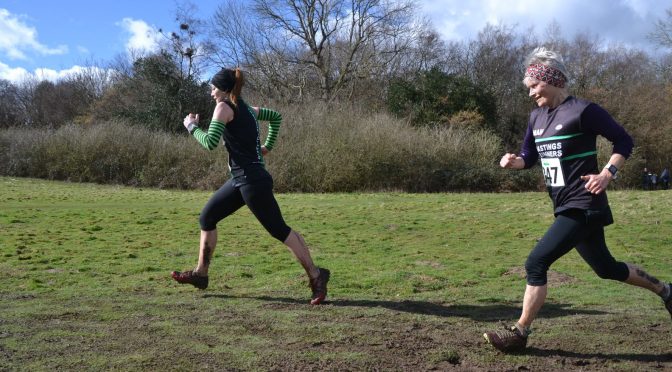 In a bid to increase participation in the club races, as well as rewarding improving runners for their efforts, the club is introducing 9 new Improvers Awards for 2020.

There will be improvers awards for the following races:

The winner of each award will be the runner that improves on their target time by the biggest margin. The awards will be presented to runners at the following “Club Only” race.

This idea was voted on in the January club meeting and it was agreed that the winners would receive a Shield with their name engraved to keep for 12 months.

One of the purposes of this new idea is to give more runners a chance of winning a prize in the club races. With that in mind, it has been agreed that a runner can only receive one award from each of the 3 categories, therefore ensuring a variety of winners across the 9 races.

2020 target times will be released before the Brenda Boyle Pier to Pier on the 9th of February.

Where: The Two Sawyer’s in Pett

Boxing Day meet up, for a walk or a run, so a true family event. Why not come along to The Two Sawyer’s in Pett, parking next door in the Village Hall car park. Slightly earlier than normal start time, 10.30 for roughly hours walk or run, then if you so wish enjoy a drink in the pub.

If there is sufficient interest, the Pub will supply soup, price is normally around £3.50, I will put a further post out to confirm numbers a week beforehand.

Thanks to Tim Jury for speaking to pub, and seeking permission to use car park.